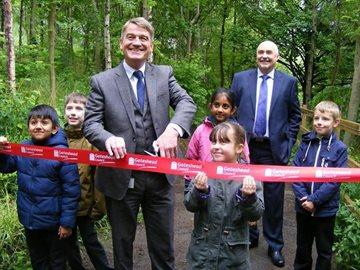 The Saltmarsh Garden was originally created in 1990 as part of the Gateshead Garden Festival site however it was closed for 25 years. With the completion of the Taylor Wimpey Development at Staiths South Bank, the Garden ownership was transferred to Gateshead Council in 2015. The garden officially opened in June 2016.

The Garden was named after the tiny fragment of Saltmarsh which survives there - a reminder of what this area might have looked like at the time when the first horse drawn rail waggonways in the world started transporting coal into Dunston in 1671. The Saltmarsh Garden contains the main area of this type of habitat remaining in urban Gateshead and is situated on the lowest section of the River Team where it flows out into the Tyne.

The Garden is also made up of an area of reedbed and young  woodland which was planted as part of the Garden Festival site. Under the woodland there are a range of wildflowers including bluebells which make an impressive display in the spring. The reedbed, which was planted ironically as part of the Garden Festival, is expanding onto the saltmarsh and threatening the tiny habitat and steps have been taken to try and prevent its expansion.

The site has been designated as a Local Wildlife Site and the habitat is representative of 'upper' saltmarsh habitat. Species of note include wild celery, hemlock-water dropwart, scurvy grass, saltmarsh grass, fennel-leaved pondweed and sea clubrush which is a scarse plant in the old County Durham area.

The modern history of the Staiths is tied up with the wildlife found on and around the structure. When dredging stopped around the site, the Staiths became economically unviable and the lagoon silted up with mud in the basin behind the Staiths. Like many of the sites in the north east which have an important industrial archaeology, when the industry moves wildlife usually moves in. The mudflats created behind the Scheduled Ancient Monument became a regionally important feeding area for wintering and migrant wading birds. 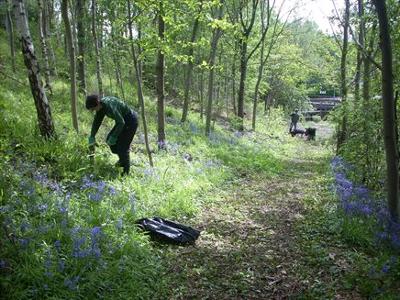 For more information on the Saltmarsh Garden and wildlife and if you would like to volunteer there, email: clareross@gateshead.gov.uk

For details of family events in 2018 please visit our countryside events page.