Facts about the Baltic Flour Mill 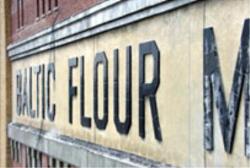