Deckham is made up of the Northbourne, Deckham Terrace, Deckham Hall, Mount Pleasant and Highfield areas. 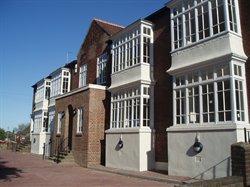 King James Street, near Durham Road, is one Deckham street to have been improved
These estates were built in the 'garden suburb' style, and have a mixture of privately owned properties and social housing.

Deckham's landscape offers some of the best views across Gateshead, Newcastle and the Tyne Valley.

It is located between Sunderland Road and Durham Road, two of the main transport routes in the borough. The neighbourhood also has lots of open space at Banky Fields and Mount Pleasant.

The Deckham Neighbourhood Action Plan identifies the main challenges facing this neighbourhood as:

We've developed a number of projects to tackle these problems and improve conditions in the wider neighbourhood. These projects are:

Lots of work has already been done to improve conditions in Deckham.