The history of Addison and Hedgefield Woods 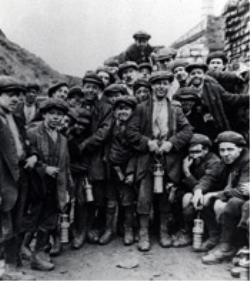 It is hard to believe that as late as the 1950s and 60s Addison Woodland was a working pit and a home to hundreds of people.

This area has probably been mined since Roman times. In the 16th Century the Bishop of Durham granted mining rights to Queen Elizabeth I. This 'Grand Lease' was eventually taken up by Stella Coal Company. The 'first sod' at Addison Pit was cut, by Mrs Addison Potter, on the 26 January 1863 in an impressive ceremony before a large crowd. The name Addison was chosen in honour of Mr Addison Potter whose family had a long connection with Townley Colliery.

The shafts were sunk in 1865 to a depth of 68 Fathoms (408 feet or 124m. This is equal to 5 Angels of the North on top of each other!) Two drift mines, Kitty and Atkinson also operated. The former was used as an air raid shelter during World War II.  The pit closed in December 1963, employing just 150 men. Today one of the pit buildings survives on Addison Industrial Estate. This was the waggonshop, joiner's shop and blacksmith's shop. An entrance to a waggonway tunnel also survives.

The first experiment to use a telephone under-ground was performed by the inventor himself, Professor Graham Bell in 1877. Professor Bell, from within the mine, was heard at the surface singing 'God Save the Queen' and 'Auld Lang Syne'. The experiment was witnessed by Dr Siemens.

Addison Village was a close knit community where neighbours had the reputation of being kind, respectful and caring of each other.

Most of the houses were 'back to back' having one room upstairs and one downstairs. If a miner died or was killed in the pit, his widow and family were given a few days to find another home, or they were evicted into the street. The cottages in Low Row and High Row were stone built. Those in Cross Row, built slightly later, were a combination of stone, brick and cinder (giving rise to the nickname 'Cindy Ra'.)

The Coal Company built a Primitive Methodist Chapel in 1865. From here many social activities were organised, including the Addison Male Voice Choir. Other activities included a Drum and Fife Band, Boy Scouts, St John's Ambulance Brigade and the womens' Apron Club. The Miners Welfare Association provided a recreation ground and paddling pool. The Jubilee Institute contained a reading room with 1500 books and a Billiards Room. Wedding receptions and dances were held there although the Coal Company did not allow a licence for the sale of alcoholic drinks. 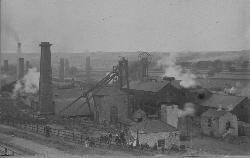 The Company also built Hedgefield School in 1866 with a capacity for 180 children. This operated until 1907 when the Juniors were transferred to Crookhill.

As the coal seams declined miners moved to work in other pits. Owing to the falling population the amount of public money spent on the village was limited to its category D status and in 1958 demolition began. Today all that remains of a vibrant community are a few stones and bricks, the photographs in our archives and the memories of the people that lived and worked here.

The present and future 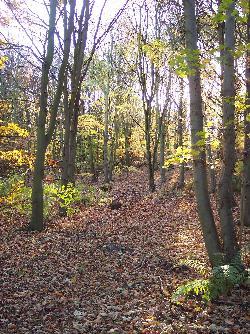 This place is a beautiful example of how nature reclaims land when people move on. From the woodland at Addison, to the scrub and grasslands at Hedgefield, this place is a thriving wildlife refuge.

After the village was demolished Sycamore and Beech trees were planted on the site. This woodland is managed by coppicing. This is an ancient practice which involves cutting down some trees and allowing re-growth from the stumps. This particularly benefits woodland flowers. Look out for the woodland wildflowers like primroses planted by local people, school children and volunteers. There is also an area of much older woodland. Here the trees will be left to grow. You might see Foxes here or hear the drumming of the Great Spotted Woodpecker.

Hedgefield Quarry is a Site of Nature Conservation Importance. The wet grasslands here support colourful plants like Northern Marsh Orchid and Ragged Robin while Devil's-bit Scabious and Betony grow on the drier slopes. The Scrub at Hedgefield provides cover and food for many birds like Whitethroat, Willow Warbler and Yellowhammer while Foxes and Roe Deer also make the site their home.

Acknowledgements to Nan Smith and John Boothroyd for historical information.