The Swalwell landlord licensing scheme ran from April 2013 to April 2018. The scheme has now expired. The impact and performance of the scheme is currently being reviewed and evaluated and further information will be made available in due course.

The Central Gateshead Phase 1 Licensing scheme ran from May 2012-May 2017. The evidence and data gathered at the end of the scheme confirms that there have been substantial and notable improvements in the area, with many of the key aims and objectives of the licensing scheme being achieved including:

Designation of a smaller redefined area within an expired licensing scheme in Central Gateshead (see link below) will allow continued close working with landlords, residents and tenants where there is a potential likelihood that without the ongoing regulation of licensing, standards are likely to return to pre-licensing practices. 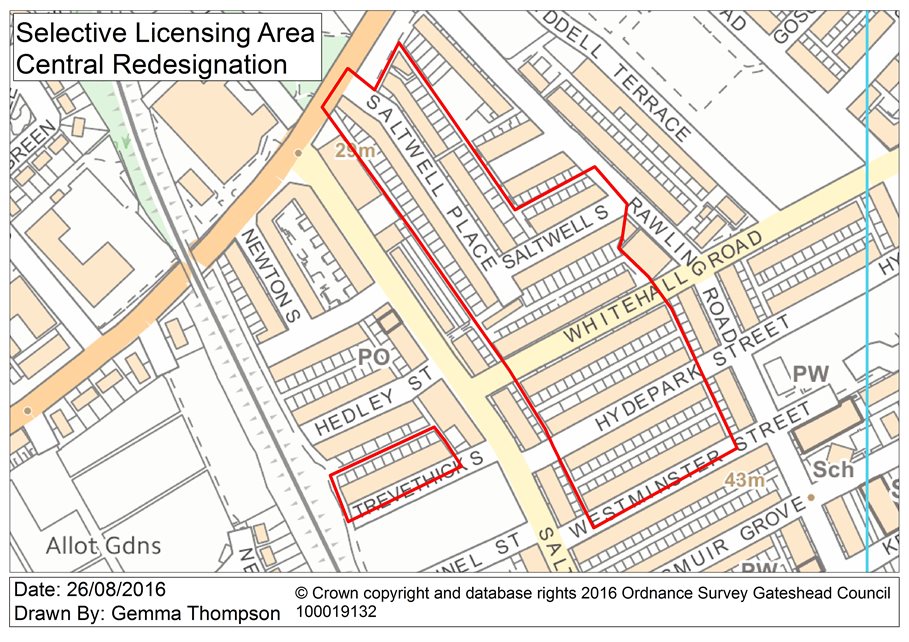 The area still demonstrates some key indicators of low demand including:

Despite reductions in the number of complaints made to the Council they are still higher than average. This analysis of this data and experience reveals that such issues are recurring in specific streets in a concentrated area. Continued targeted work is required in these hotspot streets both with landlords and tenants to prevent and resolve these issues and Selective Landlord Licensing will allow this to take place.

Reported Crime and ASB to Northumbria Police within the SLL area remains higher than the borough average. This relates to criminal incidents outside the scope of private rented housing, but does include some neighbour dispute incidents.

Consultation took place in March 2017 over a twelve week period with local residents and landlords using a wide variety of methods in the proposed area.