The UK's biggest and most prestigious professional cycling race returns to Gateshead this September.

The Tour of Britain is coming to the North East, as Gateshead hosts the sixth stage of the race on Friday 10 September.

The route will head through the Pennines before Gateshead plays host to its first stage finish since the 2009 Tour of Britain.

Famed for our riverside setting and the Angel of the North sculpture, this is the fourth year that Gateshead has hosted a stage of the Tour of Britain event, which has previously taken place in 2019, 2009 and 2008. However, this year will be the first time a stage has culminated alongside Sir Antony Gormley's world-famous Angel of the North.

Details of the stage six start location in Carlisle, the stage route (including SKODA King of the Mountains climbs and sprint locations) and full timetables will be available soon.

The Tour of Britain is free to watch for all spectators, and a great opportunity to witness 120 of the world's top riders go head-to-head.

The race will begin in Carlisle and will finish alongside the Angel of the North. 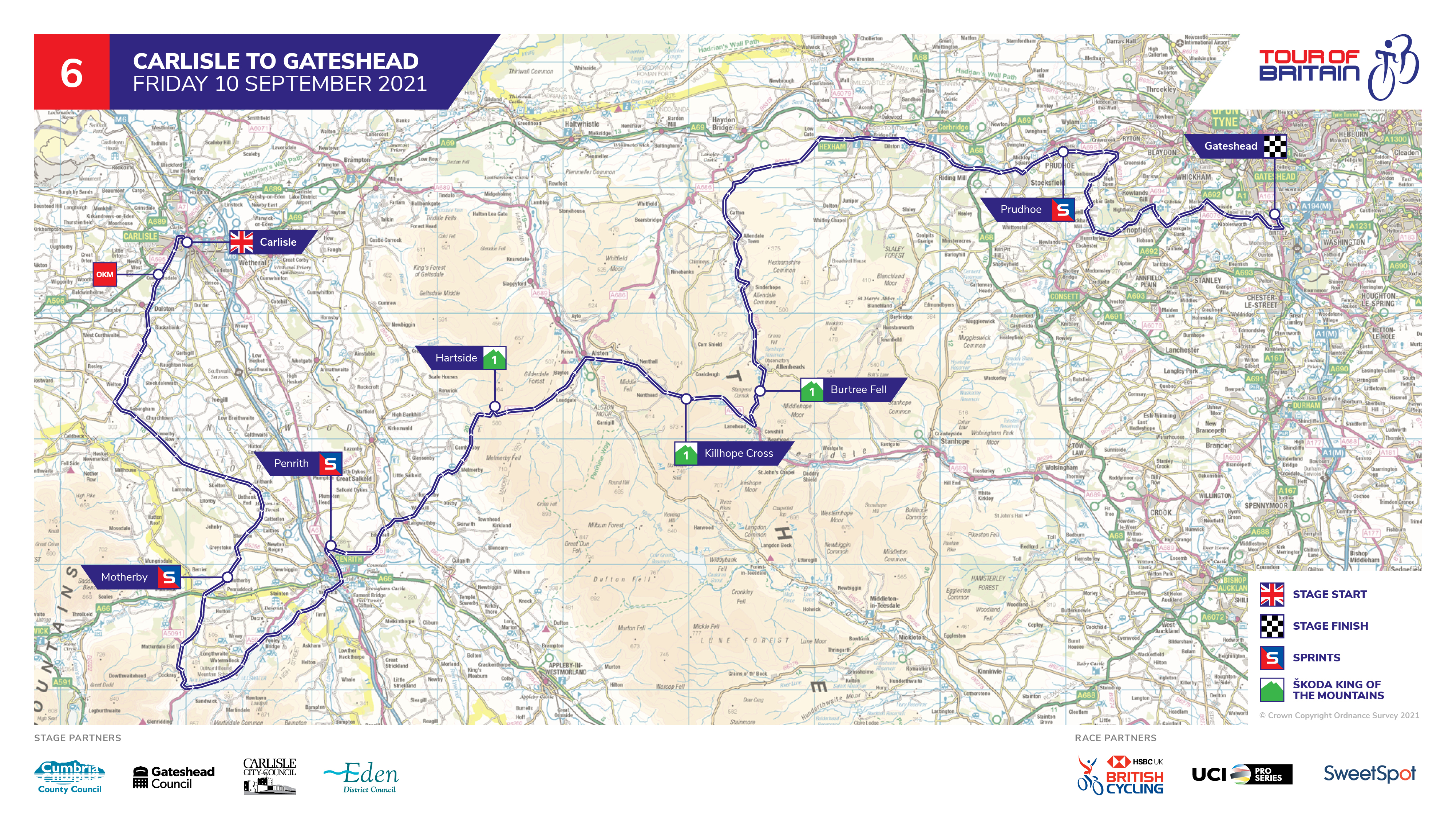 Download the time schedule for the whole route from Carlisle to Gateshead. [244.53KB]

Approximate timings for key locations in Gateshead based on an average speed of 42kmph:

If you have any questions about this year's Tour of Britain stage finish in Gateshead, you can email our event organisers at tourofbritain@gateshead.gov.uk